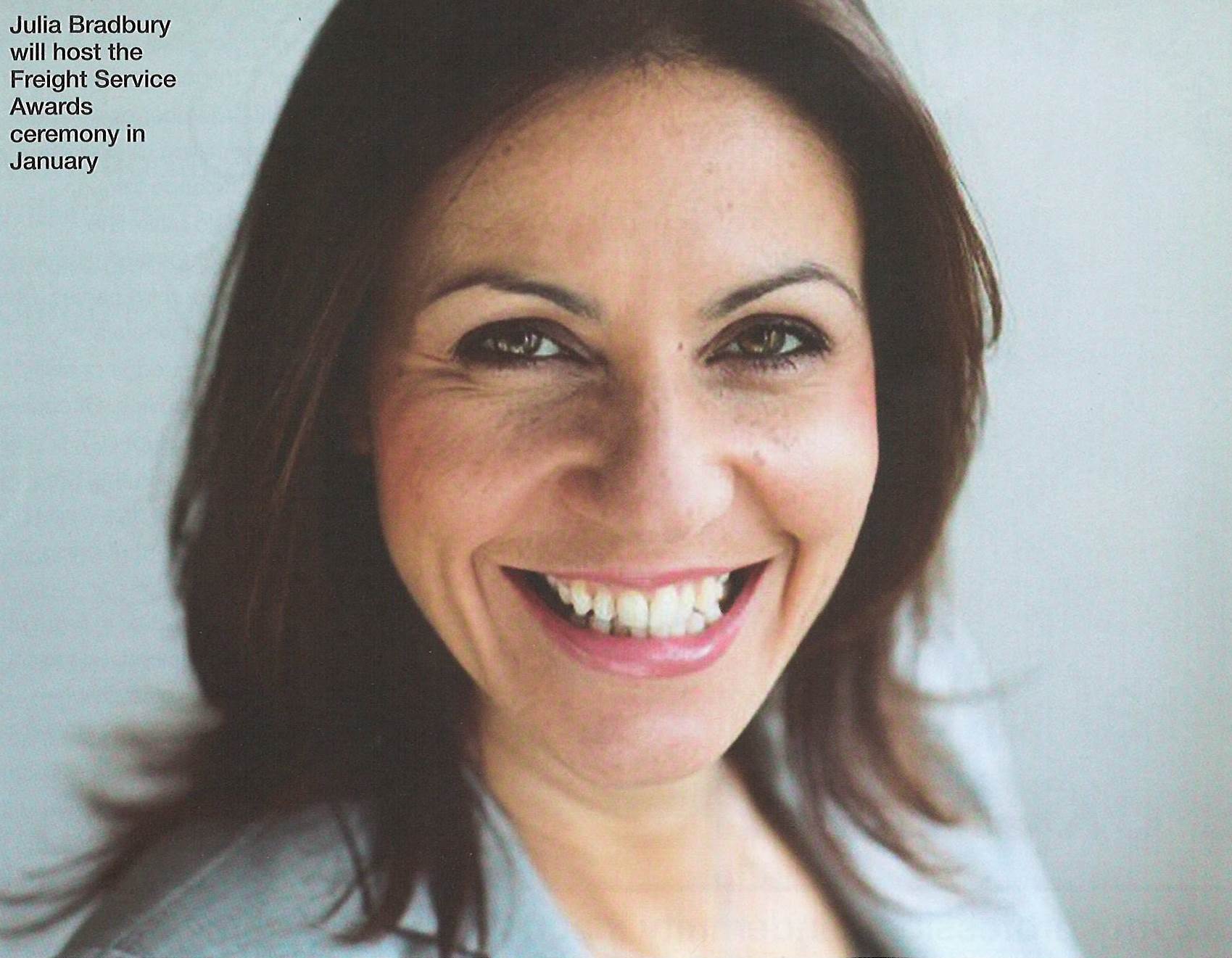 Julia Bradbury is to host the 25th anniversary BIFA awards

The guest speaker and host for the BIFA – www.bifa.org – 25th Freight Service Awards 2013 luncheon ceremony is a television star who has brought the beauties of our nation’s countryside into the front room of every house in Britain.

In a neat twist of fate, noted long-distance walker and BBC Countryfile presenter Julia Bradbury will take to the podium at the glittering Awards luncheon to be held in London, just as Countryfile reaches its own Silver Jubilee.

Peter Quantrill, BIFA Director General, says: “Julia Bradbury is one of the most well-known and popular presenters on British television, especially famous for her no-nonsense approach on BBC1’s prime time consumer series Watchdog, and I am sure she will bring a little bit of television stardust to our event.

Julia will entertain guests with an after-lunch speech, and present Award finalists with their certificates, and the nine deserved winners with their trophies.

The awards luncheon will be held on Thursday 16th January 2014