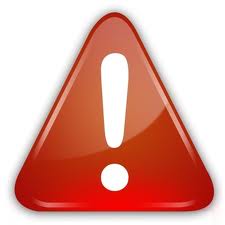 Since the al-Qaeda leader was shot and killed by American special forces there’s been speculation about exactly how he died.

This has meant the scam has quickly spread around the world, often through email and Facebook accounts.

In America the FBI has already warned internet users about the dangers of these scams.

Agents says viruses which are downloaded are often programmed to steal personal information like email addresses, passwords and dates of birth.

‘Identity Theft’
In a different type of scam people are also being tricked into handing over their personal details.

Another, known as clickjacking, works when people click on a fake video link and unwittingly give spammers access to their accounts.

Rik Ferguson is director of security research at Trend Micro and told Newsbeat: “The ultimate outcome for a victim is certainly going to be identity theft.

“That can have serious financial implications short term, longer term if your identity is sold on then it could affect your credit rating.”

It’s not the first time news events have given hackers the opportunity to spread malware attacks around the world.

Similar campaigns were launched to coincide with the Royal Wedding, the World Cup and Japanese Tsunami.

Ferguson added: “The fact that this is related to Osama Bin Laden is almost academic.

“Whenever anything newsworthy happens, anything at all, that is taken advantage of by criminals in order to make their attack more interesting, more credible.”